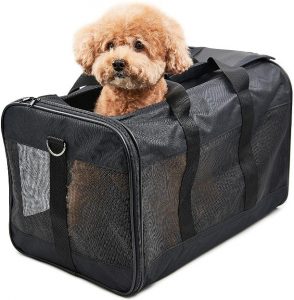 This month we are discussing another infectious disease widely spread in the Mediterranean area, which has become relatively common in the UK.

Ehrlichiosis is a tick-borne disease caused by Ehrlichia canis, an intracellular Gram-negative bacteria belonging to the genus Ehrlichia. The vector is the brown dog tick Rhipicephalus sanguineus, which is not endemic in the UK (yet).

How can Ehrlichia be a problem if the vector is not endemic in the UK?

The risk of the introduction of R. sanguineus into the UK was highlighted on two occasions, when a dog was imported from Spain in 2015 and then a second imported from Greece in 2018. In both cases, despite having received antiparasitic treatment before entering the UK, the parasite was present on both dogs. The brown dog tick has the potential to enter the UK, with a high risk of local establishment, as supported by cases of unexpected E. canis infections in the UK in untravelled dogs which have been recorded since 2013.

How does the infection progress? What frequent laboratory changes are seen?

Once a dog is bitten by an infected tick, transmission of Ehrlichia canis from the tick to the host can

occur very quickly, often within a few hours. The bacteria infect circulating monocytes and form morulae which are clusters of bacteria within the monocytes’ cytoplasm.

After transmission, there are three clinical phases of Ehrlichiosis: acute, subclinical, and chronic.

Can a diagnosis be made based on positive rapid test results?

Point of care tests (“rapid tests”) based on immunochromatographic, or ELISA methods, can be used for inhouse screening. However, these tests detect antibodies against both E.canis and E. Ewingii (a different bacteria that infects granulocytes) and they are qualitative assays, meaning that a positive result can reflect either exposure or potential infection, as dogs can remain positive for years after apparent elimination of the agent. Therefore, a positive rapid test result for Ehrlichia does not confirm a diagnosis of canine ehrlichiosis and performing an additional test (e.g., quantitative serology or PCR) is required for confirmation.

To know more about the tests Battlab offers for the diagnosis of Ehrlichia sp. check our catalogue.

How about laboratory serology?

Reference laboratories offer quantitative measurement of antibodies performed with IFAT or ELISA methods. IFAT has been gradually replaced by ELISA in many laboratories (including BattLab) due to its lower subjectivity.

How to interpret quantitative serology results?

Dogs with very high titres are likely to have acute or chronic ehrlichiosis rather than just exposure to the bacteria. Four-fold rise in E. canis antibody titre 3-4 weeks apart can be used to differentiate acute from chronic infection (a four-fold rise should occur with acute disease, whereas levels will remain stable in chronic infection).

Please be aware that dogs with acute infections can be serologically negative, as seroconversion may occur 1-3 weeks after exposure to the agent. Therefore, in the presence of clinical signs compatible with ehrlichiosis, it is recommended to repeat serology if the initial result was negative or to run PCR.

When is PCR testing advised?

PCR is less sensitive than quantitative serology, therefore it is not used as a first-line diagnostic test. Its main use is to confirm a diagnosis of ehrlichiosis when a positive rapid test result is obtained, or to test for infection where acute ehrlichiosis is suspected but serology is negative (PCR may be positive in the first week of illness, when serology is usually still negative).

Which samples are indicated for PCR?

PCR can be run on EDTA blood, aspirates/ biopsies from bone marrow, spleen or lymph nodes.

Is it useful to measure antibody concentrations for monitoring purposes?

How should I interpret an antibody titre in dogs imported from endemic areas?

In endemic areas, positive ELISA results may be due to a previous infection and may not necessarily indicate a current acute infection. Repeating ELISA test after several weeks is recommended for patients from endemic areas, a rising titre is indicative of a current infection.

After the infection, for how long will a dog will be protected?

It is important to remember that there is no evidence of supporting long-lasting, protective immunity, thus dogs can be re-infected, or recrudescence can occur after the initial infection.