CANINE LEPTOSPIROSIS IN THE UK, WHERE ARE WE? 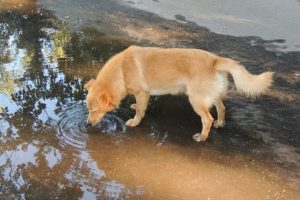 Leptospirosis is a potentially lethal infectious disease that can have very different clinical presentations. The diagnosis is based on positive MAT (microscopic agglutination test) or PCR testing (ideally from both peripheral blood and urine). However, these tests can be challenging to interpret as MAT results are affected by vaccination, that can give false positive results, whereas PCR can yield false negative results, especially if the patient has been previously treated with antibiotics or if the sample submitted for examination is not appropriate.

Leptospirosis is not very often tested for and therefore it appears as an uncommonly diagnosed condition in UK general practices; moreover, based on data from 2016, only 50% of dogs had a record of Leptospira vaccine. In addition, this has not been a notifiable UK disease since 2010, therefore information on epidemiology and serovars distribution is quite limited. The lack of information has been partially covered by some recent studies conducted by Dr. Taylor from Royal Veterinary College (RVC), presented during the annual ECVIM (European College of Veterinary Internal Medicine) conference and presented in this article as a summary.

Historically, Leptospirosis has always been thought to affect mostly utility and working dogs, or more generally dogs living in rural settings. However, recent studies have been shown that toy breeds and dogs living in urban/suburban areas seem to have higher risk of infection compared to other categories. It is not entirely clear if this data is reflecting a true shift in the risk or if these dogs were simply not included in previous studies. Interestingly, toy breed dogs are most affected by vaccine reactions, which might possibly explain a reduced vaccine rate for this group, leading to an increased risk of infections.

Age has been reported to be another important risk factor. Dogs >1 year have increased likelihood of infection, which further increases in geriatric patients > 8years. This might be explained by the lower uptake of vaccines registered in older dogs, potentially leading to increased risk of contracting leptospirosis. Another variable associated with increased risk is the hormonal status. It appears that neutered dogs have higher risk than entire ones, perhaps because these animals live longer, and therefore they may be included in the geriatric group.

The contribution of environmental variables to the geographical distribution of Leptospirosis in the UK has also been investigated, with particular attention to the distribution of the serovars most commonly detected in the UK. Overall, the greatest presence of Leptospira sp. has been recorded in the South East, but there are also small areas in the West Midlands and South West (i.e. Wales) where its incidence appears to be quite high. Scotland, Northern and Eastern England appear to be less suitable territories.

The most common serovars in the UK are L. Australis, L. Icterohaemorrhagiae and L. Saxkobeing. L. Australis is more diffuse on the coastal and river areas. L. Icterohaemorrhagiae is mostly reported in the Midlands. L. Saxkoebing has a patchier distribution with small areas in the Central England, small areas on the North East and Scottish low areas.

Environmental factors affecting the risk of infection are a) increase in annual average temperature (approximatively from 6 to 12 degrees), b) increase in annual rainfall (from 500 to 700 ml/year, whereas greater values actually lower the risk), c) land coverage (with urban/suburban areas being the most affected, followed by improved grasslands) d) horse density of 25 heads per km2 (although higher density does not increases the risk any further).

Knowledge of risk factors related to the patient, environmental factors and geographical distribution of Leptospirosis are important to improve vaccine strategy and to raise the suspicion for leptospirosis in affected areas.

BattLab offers a comprehensive range of tests for the diagnosis of Leptospirosis, including MAT and PCR.