A CLINICAL HEAD-SCRATCHER: PANCREATITIS IN DOGS AND CATS 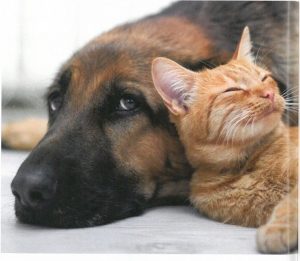 What can be worse than a disease with non-specific clinical signs (and occasionally not even those) that can evolve into a life-threatening condition? This is exactly what we are asked to deal with, when we are trying to diagnose pancreatitis in dogs and cats. Here is a summary of the most recent literature regarding this puzzling disease and its diagnostic options.

BRIEF OVERVIEW OF CANINE PANCREATITIS: Pancreatitis is the most common disorder of the exocrine pancreas in dogs and is a common differential diagnosis for patients with nonspecific gastrointestinal signs such as abdominal pain and vomiting. This condition can be either acute or chronic, but the clinical appearance is often identical. Therefore, it can be really difficult differentiate truly acute disease from an acute flare-up of chronic disease, although this may only be important for long-term sequelae of chronic disease, such as the development of exocrine pancreatic insufficiency (EPI) and diabetes mellitus (DM). The aetiology of pancreatitis is still not fully understood. It is very likely that genetic predispositions exist in dogs as CKCS, Boxers and Border Collies appear to have an increased risk of chronic disease in the UK. Pancreatitis is also commonly reported in Miniature Schnauzers as a consequence of hypertriglyceridemia. English Cocker Spaniels suffer from a distinctive form of chronic pancreatitis similar to the human autoimmune form but it’s still unproven that the disease is autoimmune. The pancreas is very sensitive to ischaemia and any condition resulting in decreased pancreatic perfusion can cause pancreatitis, and it is also a recognized complication of canine babesiosis.

AND HOW ABOUT CATS? Pancreatitis is not very often suspected clinically in cats due to infrequent and non-specific clinical signs. Achieving a diagnosis is challenging because of limited sensitivity and specificity of most of the imaging or clinicopathological findings, particularly in relation to chronic and/or mild forms and concomitant diseases. Several studies have shown a strong association between pancreatitis and inflammatory bowel disease (IBD). Ischaemia is another recognised cause of acute pancreatitis in cats and it is particularly significant during surgery.

To date, the gold standard for the diagnosis of pancreatitis is histopathology, although this is often not an option. Therefore, to establish a clinical diagnosis of pancreatitis, the clinician must integrate the results of multiple tests to improve sensitivity and specificity of each of them. it’s recommended to combine signalment, history, physical examination, complete blood count (CBC), serum biochemistry, and abdominal ultrasound examination.